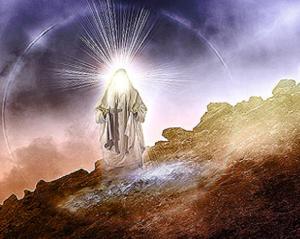 Yes, you heard me.  I did a quick Google search for him and this image popped up that seemed to capture some of his “mystique.”

I’m in Genesis 14 and suddenly Melchizedek appears to Abram and blesses him and then POOF! he is gone —

17After his return from the defeat of Chedorlaomer and the kings who were with him, the king of Sodom went out to meet him at the Valley of Shaveh (that is, the(A) King’s Valley). 18And(B) Melchizedek king of Salem brought out bread and wine. (He was(C) priest of(D) God Most High.) 19And he blessed him and said,

Nothing else is said about Melchizedek in the Old Testament, (except Ps. 110:4 I believe…)that’s going to be important in a minute.  Now…remember…we are in Genesis yet – the law hasn’t been given yet, no Leviticus, no real “high priests.” So Mr. Melchizedek is a true ‘priest of the God Most High’ as the text says.

Fast forward to Hebrews, where Melchizedek is mentioned all over the place, Christ is being compared to him and it is said that “and being made perfect, he became the source of eternal salvation to all who obey him, being designated by God, a high priest in the order of Melchizedek.” (Heb 5:9-10) He is also mentioned in Heb 6:20 in the same way.

Jump over to Hebrews 7 where we get more details of this. Here are some nuggets that chapter draws out about Melchizedek:

Heb 7:11 says “Now if perfection had been attainable thru the Levitical priesthood, what further need would there have been for another priest to arise after the order of Melchizedek?”  In other words, when the Jewish nation is issued the Law – they cannot be saved and declared righteous by observing it, as one would have to observe it perfectly and no one can do that.  Thus another priest in the heavenly, divine order must come and issue a new covenant.

Again, with Melchizedek, with the Levitical priests and the Law – they are pointing to Jesus.  Heb 8:5 –

They serve as a copy and a shadow of the heavenly things.

Christ has obtained a ministry that is as much more excellent that the old as the covenant he mediates is better, since it is enacted on better promises. For if the first covenant had been faultless, there would have been no occasion to look for a second.

Christ has made the Law obsolete (Heb 8:13). He has come with a better covenant for us, because like our mysterious friend Melchizedek he is not from man, he is from God and he is not in the priesthood of the Law, he is is the priesthood of God.  He will then ‘put the law into our minds and write them on their hearts.” (Heb 8:10)

He is then “able to save to the uttermost those who draw near to God thru him, since he always lives to make intercession for them.” (Heb 7:25)