Google Photo page is updated…took lots of pics today, so be forewarned.

We started the day by seeing some of the remnants of the original City of David and some of the artifacts. Why is that awesome?  Welp, this is a pretty recent find and it is so awesome because they found things like one of David’s kingly seals that bear the names of dudes that are in the BIBLE.  Check out an article on that here.   Just you know…more reasons to believe the Bible is completely legit, NBD. 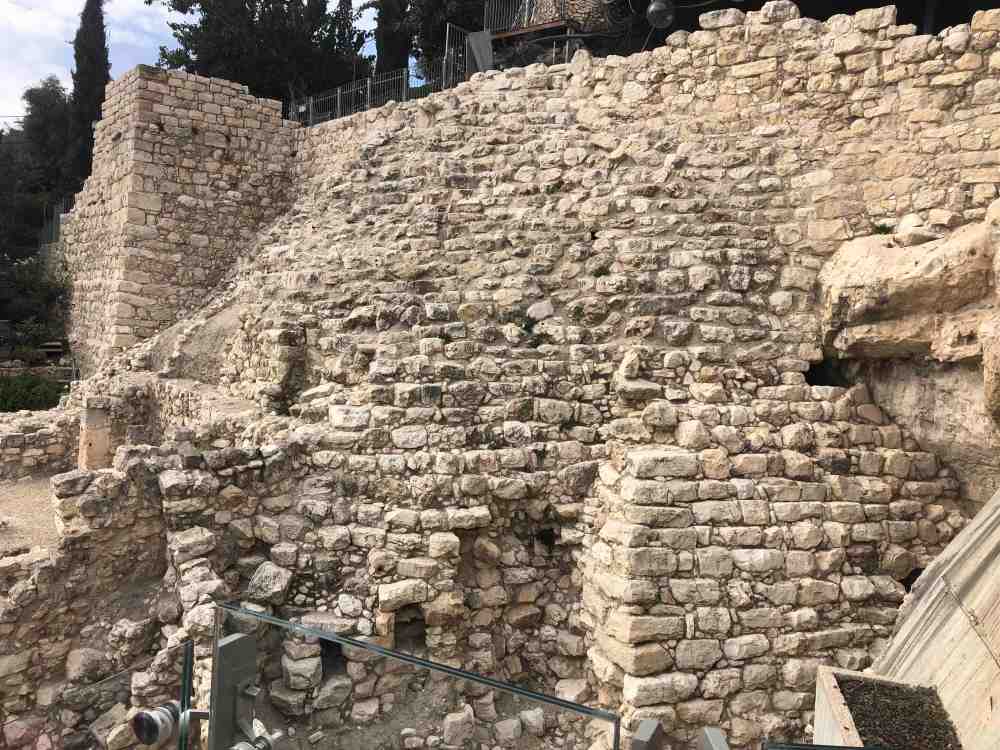 We then walked thru Hezekiah’s Tunnel. This has so much history, I think I blew out a cluster of brian cells. When the Assyrians were making their way toward Jerusalem, after sacking the Northern Kingdom,  in like the 7th century BC.  They figured they needed to fortify the city, find a way of getting food and supplies if under siege, and ultimately creating a way of escape when everything hits the fan.

We walked it, still with water in it, sometimes up to our knees, but mostly up to our ankles and in REALLY tight dark closed in spaces.  The tunnel is 500m or so and leads from the Gihon Spring, where it gets it’s water from, to the famous Pool of Siloam.

Speaking of which, we emerged from the crazy tunnel at the pool of Siloam from John 9.  Well, part of it.  Actually like maybe 10% of it, as the rest is under ground and no one has permission to dig it out…yet.  Maybe we will see the whole thing the next trip.

From there we thought we were done with smelly, dark, cramped, tunnel walks…but NO!  Ryan led us on yet another ~500 meter walk under the streets.  Except now, fast forward til about 70AD when the Romans came in and leveled Jerusalem.  Same deal as the Assyrians, they knew they had to get out of town when it all went down, so the Jews fled the city in the tunnels..drainage tunnels…sewage tunnels under the streets.  Archeologists have actually found old coins and pieces of lamps down there.

It gets more crazy.  The Romans eventually figured out that there were refugee Jews living/fleeing under the streets in the drainage tunnels, so they tore up parts of the street to try and kill them.  The holes in the ancient streets are now boarded up with wood – CRAZY! 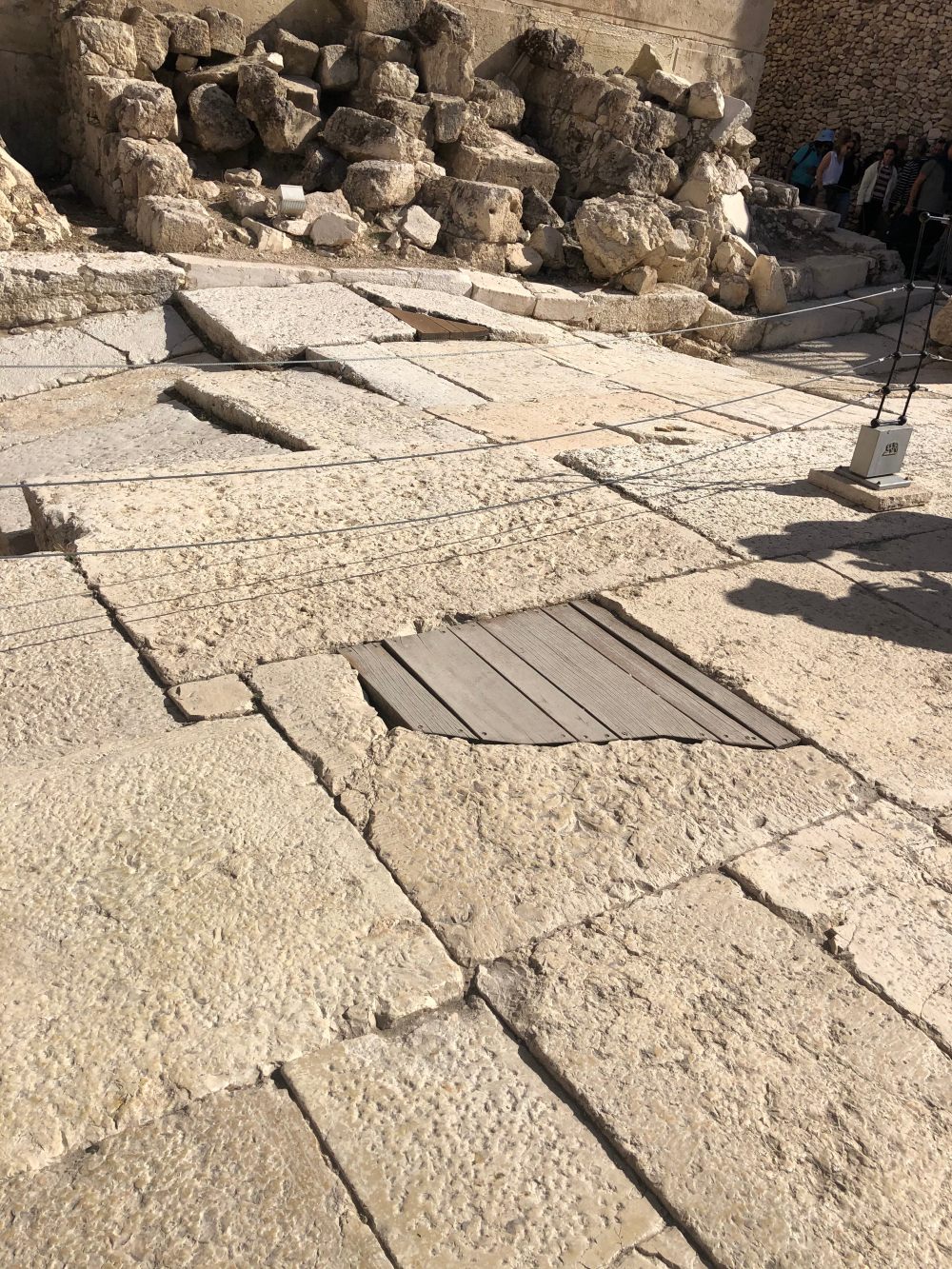 From there we went to the South Steps of the temple mount, or what is left of them.  It was incredible to think that Jesus may have walked up these steps to go to the temple.  What a HUGE structure.  The walls on the corner [which is actually the end of the Western Wall] are crazy high.  They also had seemingly hundreds of the ritual cleansing pools at the base of the steps. 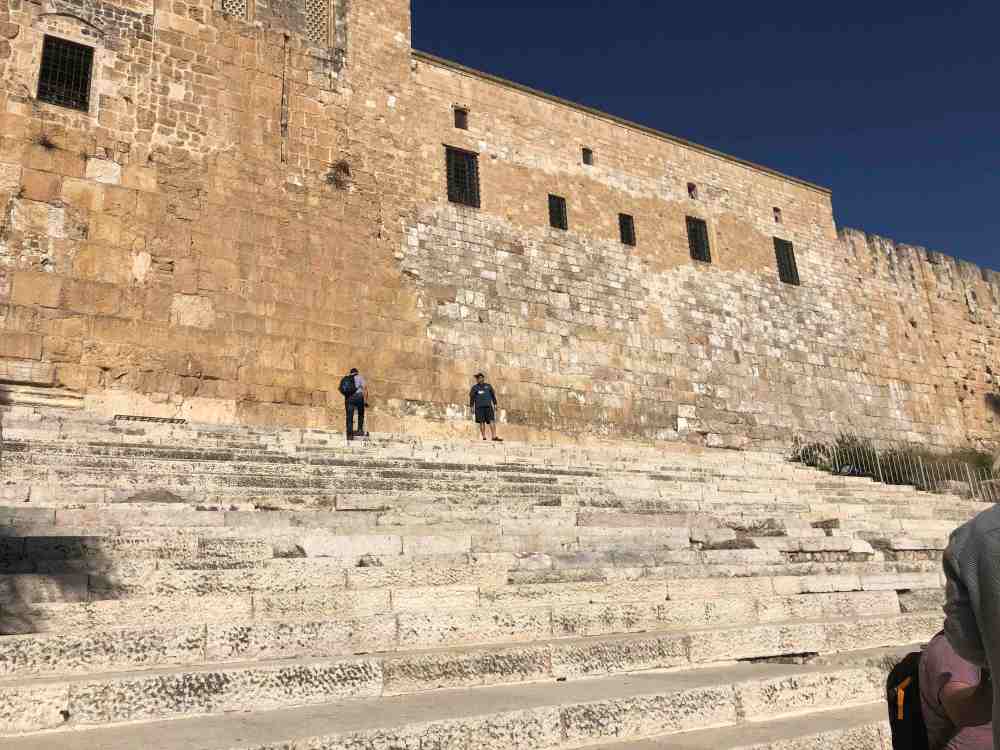 We then proceeded to the actual public section of the Western Wall. Well, I went on my side and Mel went on hers.  This time we got up close and saw the Jews from all over the world at the wall – their faces on the wall, praying, bobbing, stuffing prayers written on paper into the cracks of the wall – so many that they overflowed onto the ground.

Some of our group became emotional, at seeing the frenzied attempts to be close to God, in basically the historic remains of an ancient building.  God’s presence isn’t limited to a building.  Going there doesn’t bring you closer to him.  Putting a prayer in the wall doesn’t forgive any of your sins.  This is the tension of this trip – a legalistic pursuit of salvation is all so tragically hopeless. 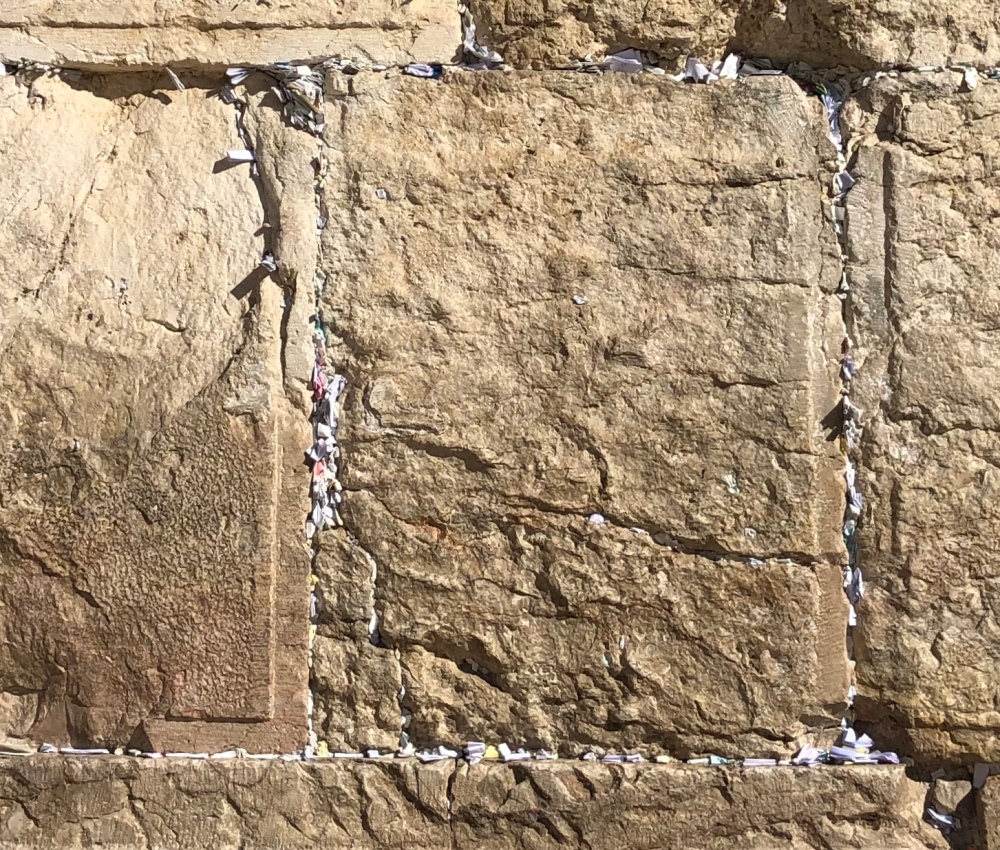 Jesus actually lived, actually went to the cross and actually rose again as the promised Messiah.  He is the only way to the Father.  He said it simply –

“Jesus said to him, “I am the way, and the truth, and the life. No one comes to the Father except through me. If you had known me, you would have known my Father also. From now on you do know him and have seen him.” (John 14:6–7 ESV)

Tomorrow, the plan is that we see some of the evidences of Jesus’ life and death up close.