Israel was really good at expressing thankfulness to God.  The book of Ezra records a time when the Israelites were returning to their land to rebuild the temple many years after it had been destroyed, and they had been exiled as punishment for their rejection of God.  God promised not only to punish them for their disobedience, but he also promised to restore them.  He kept that promise and they were thankful.

“And when the builders laid the foundation of the temple of the Lord, the priests in their vestments came forward with trumpets, and the Levites, the sons of Asaph, with cymbals, to praise the Lord, according to the directions of David king of Israel.And they sang responsively, praising and giving thanks to the Lord, “For he is good, for his steadfast love endures forever toward Israel.”

And all the people shouted with a great shout when they praised the Lord, because the foundation of the house of the Lord was laid.” (Ezra 3:10–11 ESV) 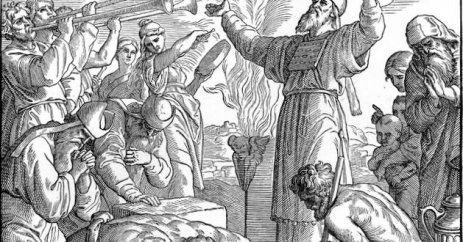 Likewise, we are all works in progress.  Thanksgiving is always a time to consider the last year, and hopefully to give thanks.  We might be tempted to think that we haven’t come as far as we’d hoped, maybe we’ve had setbacks, or perhaps the hardest year of our lives.  But we all have progress, however small, and for that we should thank God. What foundations, that may have even been destroyed, have been rebuilt? Or are in the process of being rebuilt?  Express thankfulness to God.

Second, Israel thanked God for who he was – God is good and he loves us.  After many years of extreme hardship, brought on by their disobedience, they have lost everything – their country, their homes, possessions, many lives and they are starting over.  But they do so while clinging to the deep-seated knowledge that God is good and he loves them.  Yes, he allowed them to be nearly wiped out, but he is bringing restoration.

Whatever kind of year you’ve had, God doesn’t change.  He is still good and he still loves you.  Trust Him.  Keep this truth in the center of your thoughts, especially in difficult times.  Our God is merciful and gracious, slow to anger and abounding in steadfast love and faithfulness, he forgives sin and is a God of justice. [Exodus 34:6-7]  He keeps his promises.

Israel knew this because they are back in their land, rebuilding their temple and rightfully thanking God for it.  We know this, because we live on this side of redemptive history where we know that God sent Jesus.  As He promised He sent the Messiah, that came through the line of Israel.  Jesus came to seek and save the lost, to rescue and redeem those who could not do so for themselves.  He came to be the atoning sacrifice for our sin, our failure, our weakness, our rejection of our God.

And we didn’t deserve any of it.

So while we can learn a lot from Israel about thankfulness, ultimately we should be thankful for what came out of Israel – our redemption in Jesus Christ.

“The early Christian church was a rejoicing, praising church that is filled with thanksgiving, magnifying the grace and glory of God. They were a thankful people. But why was this? . . . What is a Christian? Well, Christians are men and women who know that they are what they are by the grace of God. Their sins are forgiven. Why? . . . Christians know that they owe everything to the grace of God in our Lord and Savior Jesus Christ. They have received it all as a free gift . . . Now if you can believe a thing like that and not feel grateful and thankful, then I do not understand you. It is impossible.”

Christians, we should be the most thankful people on Earth all the time, but perhaps this year, I’m most thankful that God is not as blunt as MLJ.  He does understand us, our weakness, our ungratefulness and in his jaw-dropping mercy and grace gave us Jesus.  And for that…we should be abundantly thankful. 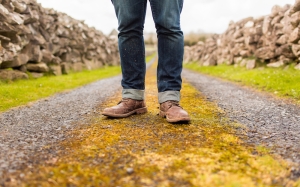 “Therefore, as you received Christ Jesus the Lord, so walk in him, rooted and built up in him and established in the faith, just as you were taught, abounding in thanksgiving.”

Paul is writing to the church, Christians, reminding them of the gospel and encouraging them.  As you are Christians – then WALK in Him.  Biblically speaking, to “walk” is to “live.”  So then, as Schaeffer said – How then shall we live?

First way is “rooted and built up in Him.” This means to be a Christian, our hope, our lives, our purpose, our mission is centered around Jesus.  We are to be “rooted” in Jesus, like a tree’s roots go deep into the soil, so the roots of our lives should go deep into Jesus getting our nourishment from him.

This world tempts us to sink our roots into other soil – We must be careful to see what sold our roots are actually in.

That brings us to the second way – we are to walk “established in the faith”.  We are to live as those who are confirmed, sustained, strong in the faith.  Note we also see that this is “just as we were taught.”  It’s the faith that we were taught. We learn this in His word, the Bible.

These two things, living rooted and built up in him; walking established in the faith as you were taught – should then result in something.

We can live in abundant thankfulness because of what Christ has done in our lives.

We were dead in sin, unable to save ourselves, alienated from God, objects of His wrath, broken and needing healing and we can’t fix ourselves. God in his mercy and grace, gave us Jesus.   We then live transformed lives and we then abound in thanksgiving.

This gospel-based thanksgiving can transcend circumstances because it’s based on what Christ has done.  This Thanksgiving, let’s abound in thankfulness for what Jesus has done. 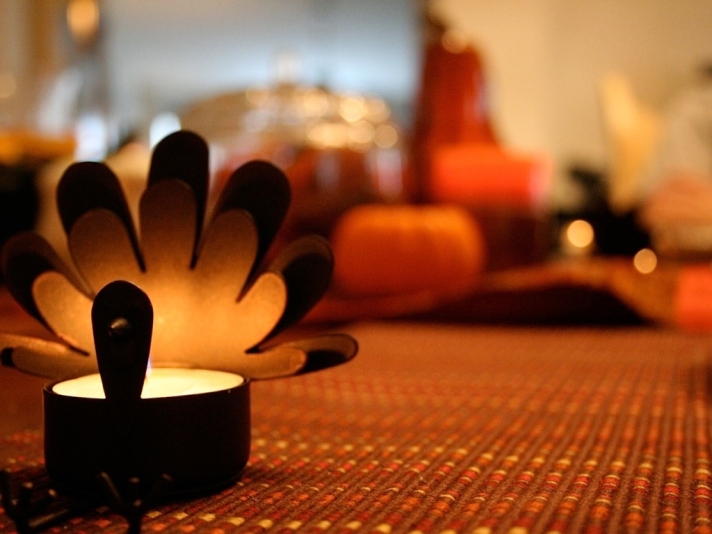 Today is Thanksgiving and with all holidays, for some folks today brings joy and anticipation (can you say cranberry sauce and stuffing? Football? Seeing family, throwing around little nephews, and perhaps even a nap?) and for others it brings none of those things in parenthesis and maybe even sadness and despair.

Yet…God’s Word instructs us to be thankful always.  Always.  #Ow.

“Rejoice always, pray without ceasing, give thanks in all circumstances; for this is the will of God in Christ Jesus for you.” (1 Thessalonians 5:16–18 ESV)

How important is it to be thankful?

Erwin Lutzer writes that “Giving thanks changes everything…in fact, thanksgiving is a game changer.”  Why?  He provides two reasons:

To echo Lutzer’s last point – thankfulness to God gets our eyes off of ourselves and onto God.  In this world we will all have hardship, but even in those times the answer is not to be full of self-pity and self-focus, but to cast our gaze outside of ourselves to the one who is able to redeem and restore all for his glory and our good.

In thankfulness, we make a conscious decision to thank God for all he has done for us in Christ – we take an axe to the root of unbelief that God isn’t truly good, or he isn’t truly for us, or truly not in control…and we find the strength to climb out of whatever hole we are in, and kill sin and it’s temptations with the grace of the gospel.